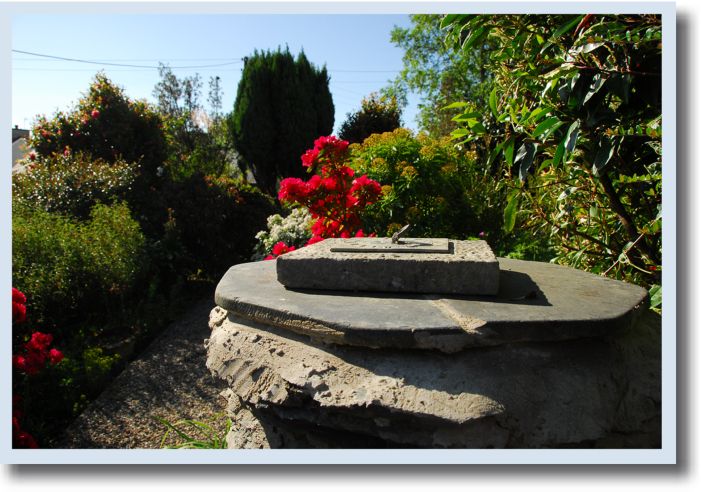 The cottage is on the old drovers road between Pentrefelin (mill village) and Penmorfa. It was the only route through the village to Criccieth until the main road was built in the 1880s. Twll y Cae was originally thatched and was used as a central meeting place for the parish and village life. Church vestry meetings were held here and ale was served, making this cottage the first inn in the village! Before the railway came to Pwllheli, drovers would have walked thousands of cattle and sheep from the peninsula past the cottage all the way to the distant markets of southern England. Opposite the cottage is the site of the Pistyll y Porthmyn, a semicircular freshwater drinking place used by the drovers for their cattle and sheep. The spring also provided water for a nearby flour mill, from which the village got its name.

Twll y Cae is in the parish of the old church of Ynyscynhaearn. Rebuilt in the 18th century, the church is a pleasant ¾ mile walk along a farm track towards the sea over the main road from the cottage. An alternative walk along the old drovers road towards Penmorfa (where Roman remains have been documented) takes you to St Beunos, another very old church. Both churches are now under the control of CADW (a Welsh heritage body) and The Friends of Friendless Churches who host open days and occasional concerts in church during the summer. It is possible to obtain a key to look inside the churches. Details can be found on the notice boards outside the church and by the phone box in Pentrefelin.

The 9 foot high stone (y maen hir) by the roadside in the village is inscribed with the date 1721. Reputedly it was carried by four brothers to honour the wish of their late mother so that they would remember her as they walked to church on Sundays.

Towards the end of his life, R S Thomas the poet and one time vicar of Aberdaron, lived at Twll y Cae with his second wife. He was an associate of Clough Williams Ellis, the architect who designed Portmeirion, and who may have influenced the design of the garden at Twll y Cae.