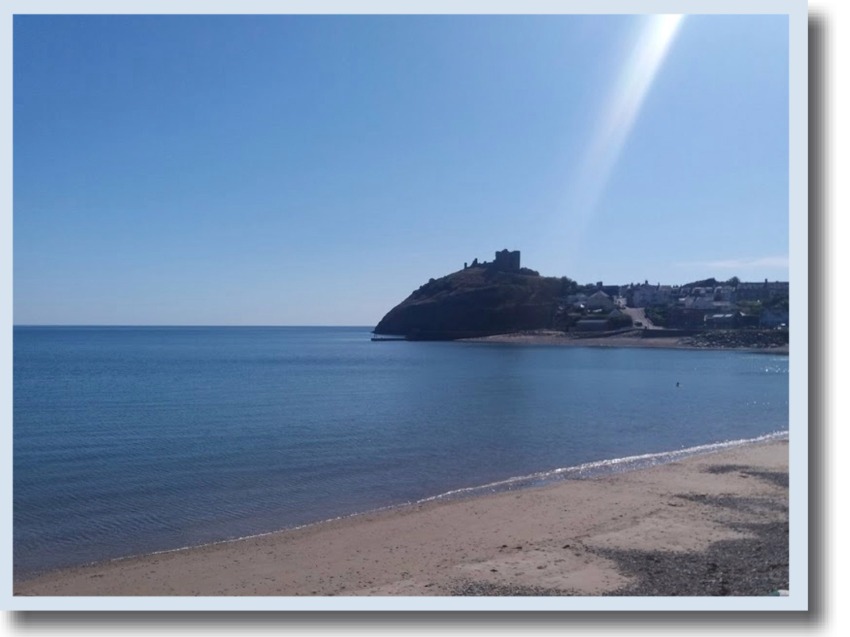 Pentrefelin (village with a mill), is a small community midway between the harbour town of Porthmadog and the seaside, castle town of Criccieth. Pentrefelin is served by local buses which stop within easy walking distance of the cottage.

There is much to do and see in the area including:

Criccieth is a lovely, small, historic town on the coast of Cardigan bay and served by the Cambrian main line railway to Birmingham. Facing south and sheltered by the mountains of Snowdonia, Criccieth is warmed by the Gulf Stream, and has a sunny microclimate. A 'Britain in Bloom' finalist, the high street is attractive and beautifully decorated with floral displays in season and for the annual Criccieth Festival held in June. A four road crossing point and a pleasant grass area known as Y Maes is part of the original common land at the centre of the town. There are two promenades with safe sand and shingle beaches and dogs are welcome on some parts of the beach.

Porthmadog is set on the wide Glaslyn estuary, which is a haven for migrating birds. It is a bustling, cosmopolitan little town with a good mixture of shops and eating-places and leisure centre with swimming pool. Porthmadog and nearby Tremadog were established in the early nineteenth century when William Maddocks built a mile long embankment called 'The Cob' across the estuary to reclaim land from the sea. The narrow gauge Ffestiniog and the Welsh Highland steam Railways terminate here. Shelley was a regular visitor to Porthmadog and T E Lawrence (Lawrence of Arabia) was born nearby at Tremadog.

There is a busy harbour in Porthmadog, where local slate used to be loaded onto ships and transported worldwide. There is an interesting maritime museum celebrating the shipbuilding that was of historical importance to the town. Local artist Rob Piercy has his gallery in Porthmadog.